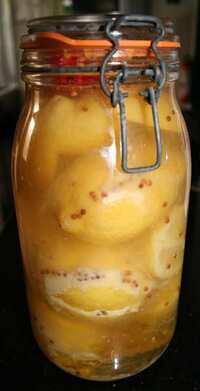 Pickling began as a way to preserve food for out-of-season use and for long journeys, especially by sea. Salt pork and salt beef were common staples for sailors before the days of steam engines. Although the process was invented to preserve foods, pickles are also made and eaten because people enjoy the resulting flavours. Pickling may also improve the nutritious value of food by introducing B vitamins produced by bacteria.

Foods that are often pickled

Recipes for pickles and preserves

Our pickles and preserves recipes section has an ever-growing number of tried and tested recipes.

We have a great recipe for preserved lemons that is now a staple in our kitchen. Give it a try.

The following 55 pages are in this category, out of 55 total.