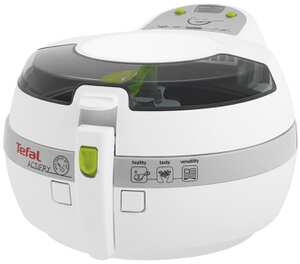 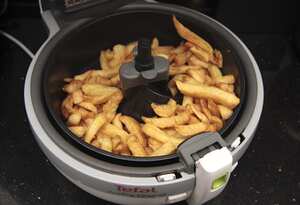 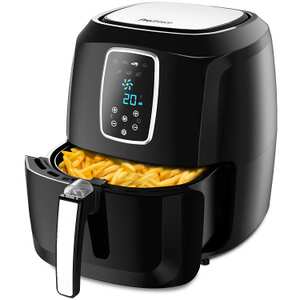 What is air frying?

An air fryer is a kitchen device that cooks by circulating hot air around the food. The heat source is often a high wattage halogen lamp. A fan circulates the hot air around the food at pressure, cooking the food and producing a crispy layer thanks to the Maillard effect. By circulating air up to 200 degrees Celsius, air fryers cook foods such as potato chips, chicken, fish using far less oil or fat than conventional deep fryers.

Most air fryers have adjustable temperature and timer settings that allow for more precise cooking. Food is cooked in the cooking basket that sits atop a drip tray.

While most models of air fryers require that the basket be periodically shaken to ensure even food cooks evenly and does not stick, some models incorporate a food agitator that continuously turns the food during the cooking process.

How much oil is used in an air fryer

Reviews say better than deep frying in all but appearance

Fairly obviously, people are skeptical that this cooking method will produce results as good as deep frying. However, study by professor Shaker, M. Arafat and published by the Journal of Food and Nutrition Sciences (pdf) show that french fries which were cooked using an air fryer actually beat traditionally fried french fries in taste, color, smell, crispness, hardness, oiliness and only were rated worse than traditionaly fried french fries in appearance.

The following 15 pages are in this category, out of 15 total.