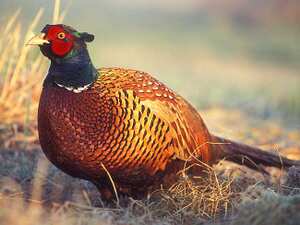 In this category you will find recipes that contain game (non domesticated food animals) as a main ingredient. Some of the recipes might be strange or unusual but hopefully they will give you some ideas and inspiration. Game is any animal hunted for food or not normally domesticated (such as venison). Game animals are also hunted for sport.

The type and range of animals hunted for food varies in different parts of the world. This will be influenced by climate, animal diversity, local taste and locally accepted view about what can or cannot be legitimately hunted. Sometimes a distinction is also made between varieties and species of a particular animal, such as wild or domestic turkey.

The following 54 pages are in this category, out of 54 total.