Thai meal in a village temple

In this category you will find recipes from Thailand in English.

Thai cuisine is the national cuisine of Thailand. Balance, detail and variety are of paramount significance to Thai chefs. In his book The Principles of Thai Cookery, renowned celebrity chef, writer and authority on Thai cuisine McDang wrote:

"What is Thai food? Every country in the world has its own food profile. It reflects its culture, environment, ingenuity and values. In the case of Thailand, these words come to mind: intricacy; attention to detail; texture; color; taste; and the use of ingredients with medicinal benefits, as well as good flavor.

We not only pay attention to how a dish tastes: we are also concerned about how it looks, how it smells, and how it fits in with the rest of the meal. We think of all parts of the meal as a whole - sum rap Thai (the way Thais eat), is the term we use for the unique components that make up a characteristically Thai meal."

Thai cooking places emphasis on lightly prepared dishes with strong aromatic components and a spicy edge. It is known for its complex interplay of at least three and up to four or five fundamental taste senses in each dish or the overall meal: sour, sweet, salty, bitter and spicy.

Thai cuisine is more accurately described as four regional cuisines, corresponding to the four main regions of the country:

Central Thai cuisine of the flat and wet central rice-growing plains and of Bangkok, site of the former Thai kingdoms of Sukhothai and Ayutthaya, and the Dvaravati culture of the Mon people from before the arrival of Tai groups in the area. Isan or northeastern Thai cuisine of the more arid Khorat Plateau, similar in culture to Laos and also influenced by Khmer cuisine to its south, witnessed by the many ruins of temples from the time of the Khmer Empire.

A vegetable stall at a market in Chiang Mai, Northern Thailand.

Northern Thai cuisine of the verdant valleys and cool, forested mountains of the Thai highlands, once ruled by the former Lanna Kingdom and home to the majority of the ethnic groups of Thailand.

Southern Thai cuisine of the Kra Isthmus which is bordered on two sides by tropical seas, with its many islands and including the ethnic Malay, former Sultanate of Pattani in the deep south.

Thai cuisine and the culinary traditions and cuisines of Thailand's neighbors have mutually influenced one another over the course of many centuries. Regional variations tend to correlate to neighboring states (often sharing the same cultural background and ethnicity on both sides of the border) as well as climate and geography. Northern Thai cuisine shares dishes with Shan State in Burma, northern Laos and also with Yunnan Province in China, whereas the cuisine of Isan (northeastern Thailand) is similar to that of southern Laos, and is also influenced by Khmer cuisine from Cambodia to its south, and by Vietnamese cuisine to its east. Southern Thailand, with many dishes that contain liberal amounts of coconut milk and fresh turmeric, has that in common with Malaysian and Indonesian cuisine. In addition to these four regional cuisines, there is also the Thai Royal Cuisine which can trace its history back to the cosmopolitan palace cuisine of the Ayutthaya kingdom (1351–1767 CE). Its refinement, cooking techniques, presentation, and use of ingredients were of great influence to the cuisine of the Central Thai plains.

Many dishes that are now popular in Thailand were originally Chinese dishes. They were introduced to Thailand by the Hokkien people starting in the 15th century, and by the Teochew people who started settling in larger numbers from the late 18th century CE onward, mainly in the towns and cities, and now form the majority of the Thai Chinese. Such dishes include chok (rice porridge), salapao (steamed buns), kuaitiao rat na (fried rice-noodles) and khao kha mu (stewed pork with rice). The Chinese also introduced the use of a wok for cooking, the technique of deep-frying and stir-frying dishes, several types of noodles, taochiao (fermented bean paste), soy sauces, and tofu. The cuisines of India and Persia, brought first by traders, and later settlers from these regions, with their use of dried spices, gave rise to Thai adaptations and dishes such as kaeng kari (yellow curry) and kaeng matsaman (massaman curry).

Western influences, starting in 1511 CE when the first diplomatic mission from the Portuguese arrived at the court of Ayutthaya, have created dishes such as foi thong, the Thai adaptation of the Portuguese fios de ovos, and sangkhaya, where coconut milk replaces unavailable cow's milk in making a custard. These dishes were said to have been brought to Thailand in the 17th century by Maria Guyomar de Pinha, a woman of mixed Japanese-Portuguese-Bengali ancestry who was born in Ayutthaya, and became the wife of Constantine Phaulkon, the Greek adviser of King Narai. The most notable influence from the West must be the introduction of the chili pepper from the Americas in the 16th or 17th century. It is now one of the most important ingredients in Thai cuisine, together with rice. The Portuguese and Spanish ships also brought, in an event that is called the Columbian Exchange, other new crops from the Americas such as tomatoes, corn, papaya, pea eggplants, pineapple, pumpkins, coriander, cashews, and peanuts. 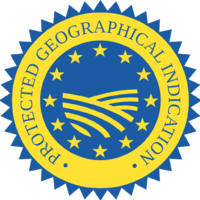 PGI stands for 'Protected Geographical Indication'. Under the EU agricultural product quality policy, this "covers agricultural products and foodstuffs closely linked to the geographical area. At least one of the stages of production, processing or preparation takes place in the area." The following Turkish ingredients are those which are registered as PGI.

The following 27 pages are in this category, out of 27 total.