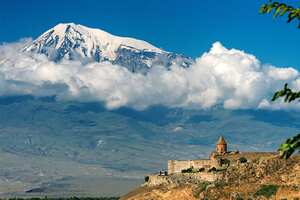 In this category you will find Armenian recipes in English.

Armenian cuisine includes the foods and cooking techniques of the Armenian people and the Armenian diaspora. The cuisine reflects the history and geography where Armenians have lived as well as incorporating outside influences. The cuisine also reflects the traditional crops and animals raised in areas populated by Armenians. Armenian food is festive and it has influenced other Mediterranean cuisine. Regional influences include the Mediterranean, the Caucasus, the Middle East, Eastern Europe, and to a certain extent also influences from the Balkans. Armenian cuisine and traditions in turn have influenced the culinary traditions of nearby countries and cities such as Aleppo. The preparation of meat, fish, and vegetable dishes in an Armenian kitchen requires stuffing, frothing, and puréeing. Lamb, aubergine, yoghurt, and bread (lavash) are basic features of Armenian cuisine. Armenians use burghul wheat in preference to the cornand rice popular among its Caucasian neighbours (Georgia and Azerbaijan).

Armenian cuisine distinguishes itself from other regional cuisines in the following ways:

The primary sauces in Armenian cuisine are:

Unlike French sauces, Armenian sauces are cooked right with the food, creating a dish that combines elements of a stew and a soup.

Many regional recipes include additional local herbs whose use is almost completely forgotten today in the Diaspora.

Armenian foods include small appetizers called mezze, grain and herb salads, phyllo pastries called boeregs, grilled meats and skewers, a large variety of soups, stews, flat breads such as lavash, and a thin crust pizza variant called lahmajoun. Lahmajoun comes in many types. Unlike traditional pizza, it is meat based and contains other spices and herbs. There is also a vegetarian style to lahmajoun that uses a spicy tomato base. Lahmajoun is mostly found in Cilicia, in those areas close to Syria and Lebanon.