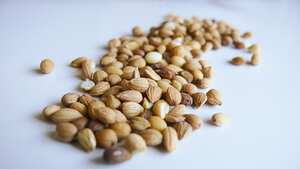 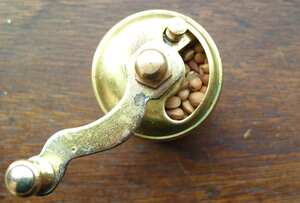 Mahlab, Mahleb, or Mahlepi, is an aromatic spice made from the seeds of the St Lucie Cherry (Prunus mahaleb). The cherry stones are cracked to extract the seed kernel, which is about 5 mm diameter, soft and chewy on extraction, but ground to a powder before use. Its strong aroma means that it only need be used in very small quantities, the flavour being similar to a combination of bitter almond and cherry.

It has been used for centuries in the Middle East and the surrounding areas (especially in Turkey, Egypt, Lebanon, Syria, the Palestinian territories, Iraq, Kuwait, Armenia, Iran, Libya and Greece) as a sweet/sour, nutty addition to breads, cheese, cookies and biscuits. In the United States it has long been a staple in Greek-American holiday cake and pastry recipes. Thanks to renewed interest in Mediterranean cooking it has been recently mentioned in several cookbooks.