Although this was the my first attempt at moussaka in 40 years of cooking, it was described as being 'delicious' (with an expletive preceding it). I have no idea how authentic it is though. 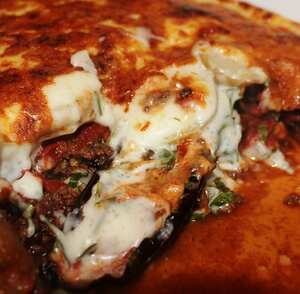 Perfect with a well-dressed salad

Although not available where I live, you could use Graviera cheese