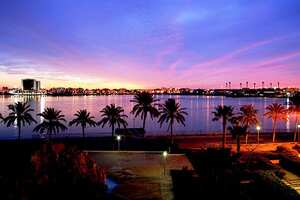 In this category you will find recipes from Libya. Libyan cuisine is a mixture of Arabic and Mediterranean, with a strong Italian influence. Italy's legacy from the days when Libya was an Italian colony can be seen in the popularity of pasta on its menus, particularly Sharba, which is a highly-spiced Libyan soup. Bazin, a local speciality is a hard paste, made from barley, salt and water, and one of the most popular meals in the Libyan cuisine is Batata mubatana (filled potato). It consists of fried potato pieces filled with spiced minced meat and covered with egg and breadcrumbs. Libyans prefer to eat at home, except on Fridays, when they enjoy family beachside picnics. For the most part, restaurants and cafés are used by foreigners. Menus have become more sophisticated and one can find a greater variety of mainly Libyan and Middle Eastern cuisine. International cuisine is available in the larger hotels.

All alcoholic drinks are banned in Libya, in accordance with the laws of Islam. Local 'brews' are available, but are illegal and unlikely to be of good quality. Bottled mineral water is widely consumed, as are various soft drinks. Libyan tea is a thick beverage served in a small drinking glass, often accompanied by mint or peanuts. Normal British and American coffee is available and in Libya is known as "Nescafé" (a misnomer).

The following 20 pages are in this category, out of 20 total.