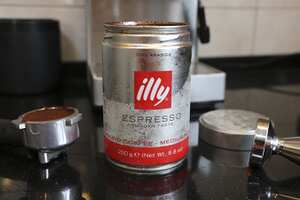 Coffee is a widely-consumed stimulant beverage prepared from roasted seeds, commonly called coffee beans, of the coffee plant. Coffee was first consumed in the 9th century, when it was discovered in the highlands of Ethiopia. From there, it spread to Egypt and Yemen, and by the 15th century had reached Armenia, Persia, Turkey, and northern Africa. From the Muslim world, coffee spread to Italy, then to the rest of Europe, Indonesia and the Americas. Today, coffee is one of the most popular beverages worldwide.

Coffee berries, which contain the coffee bean, are produced by several species of small evergreen bush of the genus Coffea. The two most commonly grown species are Coffea canephora (also known as Coffea robusta) and Coffea arabica. These are cultivated in Latin America, Southeast Asia, and Africa. Once ripe, coffee berries are picked, processed, and dried. The seeds are then roasted, undergoing several physical and chemical changes. They are roasted to varying degrees, depending on the desired flavour. They are then ground and brewed to create coffee. Coffee can be prepared and presented in a variety of ways.

Coffee beans must be ground and brewed in order to create a beverage. Grinding the roasted coffee beans is done at a roastery, in a grocery store, or in the home. They are most commonly ground at a roastery then packaged and sold to the consumer, though "whole bean" coffee can be ground at home. Coffee beans may be ground in several ways. A burr mill uses revolving elements to shear the bean, an electric grinder smashes the beans with blunt blades moving at high speed, and a mortar and pestle crushes the beans.

The type of grind is often named after the brewing method for which it is generally used. Turkish grind is the finest grind, while coffee percolator or French press are the coarsest grind. The most common grinds are between the extremes; a medium grind is used in most common home coffee brewing machines.

Coffee may be brewed by several methods: boiled, steeped, or pressured. Brewing coffee by boiling was the earliest method, and Turkish coffee is an example of this method. It is prepared by powdering the beans with a mortar and pestle, then adding the powder to water and bringing it to a boil in a pot called a cezve or, in Greek, a briki. This produces a strong coffee with a layer of foam on the surface.

Machines such as percolators or automatic coffeemakers brew coffee by gravity. In an automatic coffeemaker, hot water drips onto coffee grounds held in a coffee filter made of paper or perforated metal, allowing the water to seep through the ground coffee while absorbing its oils and essences. Gravity causes the liquid to pass into a carafe or pot while the used coffee grounds are retained in the filter. In a percolator, boiling water is forced into a chamber above a filter by pressure created by boiling. The water then passes downwards through the grounds due to gravity, repeating the process until shut off by an internal timer. or, more commonly, a thermostat which turns off the heater when the entire pot reaches a certain temperature. This thermostat also serves to keep the coffee warm (it turns on when the pot cools), but requires the removal of the basket holding the grounds after the initial brewing to avoid additional brewing as the pot reheats. Purists do not feel that this repeated boiling is conducive to the best coffee.

Coffee may also be brewed by steeping in a device such as a French press (also known as a cafetière). Ground coffee and hot water are combined in a coffee press and left to brew for a few minutes. A plunger is then depressed to separate the coffee grounds, which remain at the bottom of the container. Because the coffee grounds are in direct contact with the water, all the coffee oils remain in the beverage, making it stronger and leaving more sediment than in coffee made by an automatic coffee machine.

The espresso method forces hot, but not boiling, pressurised water through ground coffee. As a result of brewing under high pressure (ideally between 9-10 atm) the espresso beverage is more concentrated (as much as 10 to 15 times the amount of coffee to water as gravity brewing methods can produce) and has a more complex physical and chemical constitution. A well prepared espresso has a reddish-brown foam called crema that floats on the surface. The drink "Americano" is popularly thought to have been named after American soldiers in WW II who found the European way of drinking espresso too strong. Baristas would cut the espresso with hot water for them.

GIve it a try and see how well it keeps.

Use filtered water or bottled water for a superior brew

It's not just the appearance, it has a far superior flavour. Try it and see the difference that it makes.