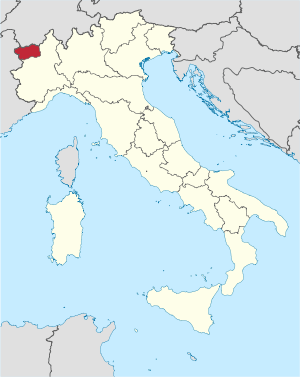 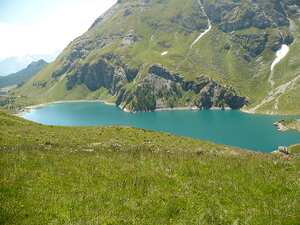 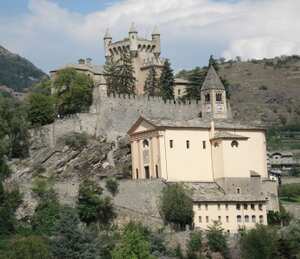 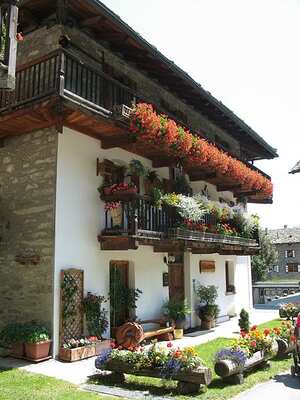 This wiki cheese category page contains detailed information and photographs of cheeses produced in the Italian region of Valle d'Aosta.

Valle d'Aosta is a mountainous semi-autonomous region in north-western Italy. It is bordered by France to the west, Switzerland to the north and the region of Piedmont to the south and east. With an area of 3,263 km2 (1,260 sq mi) and a population of about 130,000, it is the smallest, least populous, and least densely populated region of Italy. It is the only Italian region which has no provinces (the province of Aosta was dissolved in 1945). Provincial administrative functions are provided by the regional government. The region is divided into 74 comuni (communes). The native population speak Valdôtain, a form of Franco-Provençal (Arpitan), as their first language, while in the Lys Valley there is a Walser German speaking minority. The regional capital is Aosta.

The cuisine of the Valle d'Aosta is characterised by simplicity and revolves around "robust" ingredients such as potatoes, polenta, and rice; cheese and meat; and rye bread. Many of the dishes involve Fontina, a cheese with DOP status, made from cows' milk that originates from the valley. Other cheeses made in the region are Toma and Robiola. Valle d'Aosta Fromadzo has been produced locally since the 15th century and also has DOP status.

Notable dishes include Carbonada, consisting of salt-cured beef cooked with onions and red wine served with polenta; breaded veal cutlets called costolette; tetouns, salt-cured cow's udder that is cooked and sliced; and Bistecca a la Valdostana, a steak with croutons and melted cheese.