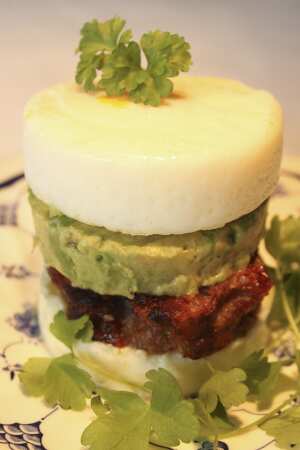 Paleo sausage muffin with smashed avocado, one of our Paleo friendly recipes 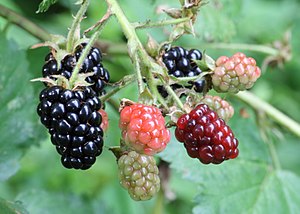 Fresh fruit - an important aspect of the Paleo diet

What is the Paleo diet?

The paleolithic diet; Paleo diet, is a diet based on the foods ancient ancestors might likely have eaten, such as meat, nuts, and berries, and excludes food to which they had not yet become familiar, like dairy. The Paleolithic era was a period lasting around 2.5 million years that ended about 10,000 years ago with the advent of farming. It was characterized by the use of flint, stone, and bone tools, hunting, fishing, and the gathering of plant foods.

The diet is based on the premise that Paleolithic humans evolved nutritional needs specific to the foods available at that time, and that the nutritional needs of modern humans remain best adapted to the diet of their Paleolithic ancestors. Proponents argue that this is true because modern human metabolism has been unable to adapt fast enough to handle many of the foods that have become available since the advent of agriculture. Thus, they believe modern humans are maladapted to eating foods such as grain, legumes, and dairy products, and in particular the high-calorie processed foods that are a staple of most modern diets. Proponents claim that modern humans' inability to properly metabolise these comparatively new types of food has led to modern-day problems such as obesity, heart disease, and diabetes. They claim that followers of the Paleolithic diet may enjoy a longer, healthier, more active life.

The idea of a paleolithic diet can be traced to the work in the 1970s by gastroenterologist Walter Voegtlin. The idea was later developed by [Stanley Boyd Eaton] and [Melvin Konner], and popularized by [Loren Cordain] in his 2002 book; The Paleo Diet. The terms caveman diet and 'stone-age diet are also used, as is Paleo Diet, trademarked by https://en.wikipedia.org/wiki/Loren_Cordain.

Loren Cordain (see above) has said the diet requires:

Excluded foods in a Paleo diet

Food groups that advocates claim were rarely or never consumed by humans before the Neolithic agricultural revolution are excluded from the diet. These include:

Neither alcohol or coffee are considered "paleo" as human ancestors could not produce these drinks.

The following 7 pages are in this category, out of 7 total.