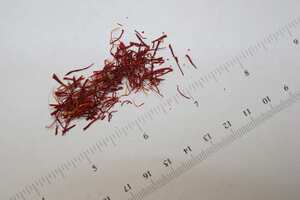 It is the dried stigma of the saffron crocus that are native to the Mediterainian and western Asia.Saffron's aroma is often described by connoisseurs as reminiscent of metallic honey with grassy or hay-like notes, while its taste has also been noted as hay-like and somewhat bitter. Saffron also contributes a luminous yellow-orange colouring to foods. 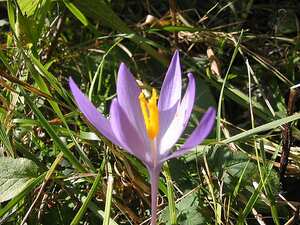 Reputedly the best saffron in the world, DOP Azafrán de La Mancha is only produced, manufactured and packed in the provinces of Albacete, Toledo, Cuenca y Ciudad Real in Spain. The Regulating Council has set standards to guarantee that the saffron is from the latest harvest and in thread form and not ground, in order to avoid any kind of fraud.

The saffron has special characteristics which produces bright red coloured stigmas, a strong aroma and a dry and lasting taste. The genuine saffron is labelled with a different registration number on each package.

Genuine Azafrán de la Mancha is available in the UK from ThePaellaCompany.co.uk.