3.9/5 Someone's taken a lot of trouble for a recipe picture!!! The Judge 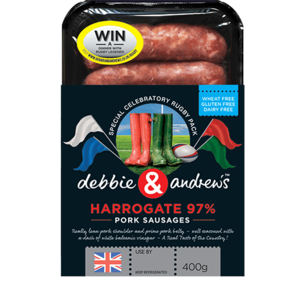 This recipe originated from the recipe section of debbieandandrew.co.uk

Details of suppliers of their products can be found on the debbie&andrew supplier page on Cookipedia and also on the stockist page on their website.

Many thanks to debbie&andrew's sausages for kindly giving Cookipedia permission to use the their recipes.