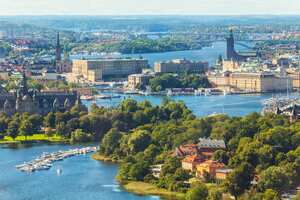 In this category you will find Swedish recipes.

Sweden's climate and location are largely responsible for the development of its cuisine. Early inhabitants stocked food supplies to prepare for the start of the country's long, cold winters by preserving meat, fish, fruits, and vegetables.

The Vikings, who inhabited all of Scandinavia more than one thousand years ago, were some of the first to develop a method for preserving foods. In preparation for long voyages, foods were salted, dehydrated, and cured. Though modern-day technology (such as the refrigerator and freezer) has eliminated the need for such preserving methods, Swedes continue to salt, dehydrate, and cure many of their foods, particularly fish.

During the Viking era, a.d. 800 to 1050, these ruthless crusaders embarked on raids all across Europe, invading lands possibly as far south as the Mediterranean Sea. The British Isles and France were in close proximity to Scandinavia, and therefore endured continuous Viking invasions. Over time, various foods such as tea from England, French sauces and soups, and honey cakes from Germany were brought back to Scandinavian territory and incorporated into the diet. Swedes still find soups a great way to use leftover food.

Historically, Swedish cuisine has not been as popular as other European fare. (Even modern-day restaurants in Sweden tend to serve more foreign dishes than their own.) It has, however, been influential. The Russian nation is said to have been established by Scandinavian traders and warriors (called Varangians), and Sweden may be responsible for introducing fruit soups, smoked meats, cream sauces, and herring to early Russians.

We have the following Swedish cheese category, though we could do with some help with the images as some of these are difficult to obtain in the United Kingdom. 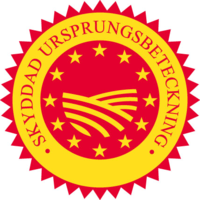 SUB stands for Skyddad Ursprungsbeteckning which in the UK we know as Protected Designation of Origin (PDO). Under the EU agricultural product quality policy, this "covers agricultural products and foodstuffs which are produced, processed and prepared in a given geographical area using recognised know-how". The following Swedish ingredients are those which are registered as SUB.

Clicking here will expand/collapse the table below, showing SUB Ingredients 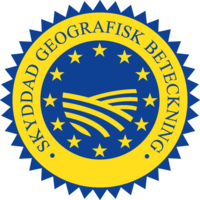 SGB stands for Skyddad Geografisk Beteckning which in the UK we know as Protected Geographical Indication (PGI). Under the EU agricultural product quality policy, this "covers agricultural products and foodstuffs closely linked to the geographical area. At least one of the stages of production, processing or preparation takes place in the area." The following Swedish ingredients are those which are registered as SGB.

Clicking here will expand/collapse the table below, showing SGB Ingredients 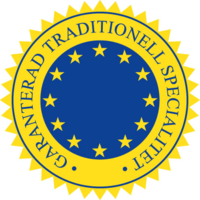 GTS stands for ‘Garanterad Traditionell Specialitet’ which in the UK is known as 'Traditional Speciality Guaranteed’ (TSG). It "highlights traditional character, either in the composition or means of production". The following Swedish ingredients are those which are registered as GTS.

Clicking here will expand/collapse the table below, showing GTS Ingredients