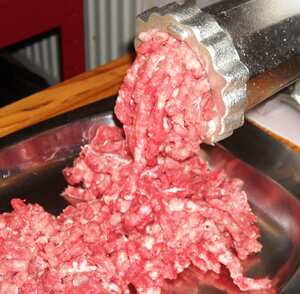 A traditional recipe from Castilla-La Mancha, which is found in tapas bars all over Spain.

On their own as a tapa or snack, or accompanied by steamed vegetables.

You can vary the type of alcohol used, for example substitute the sherry for Spanish brandy or the red wine for white. Just try to keep it Spanish!

You can use hot smoked paprika instead of saffron, for a spicer version and you can vary the quantities of garlic and onion. I used a whole bulb of garlic each for the meatballs and the sauce, but there were complaints that it wasn't garlicky enough!