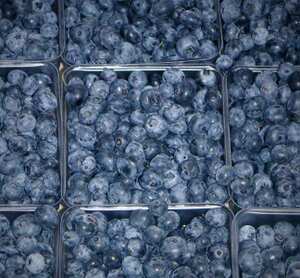 Blueberries; one of the many 'superfruits'

What is a superfruit?

Superfruits: A marketing term used in the food and drink industry, referring to a fruit that has exceptional nutrient richness and antioxidant quality with appealing taste.

Common berries, such as strawberries (Fragaria vesca), red raspberries (Rubus idaeus) and blackberries (Rubus ursinus) used for a large number of consumer products, achieve many of the criteria to be superfruits. They are, however, commonly known in the public and have not attracted interest as novelty ingredients, so are not usually included in industry reports as superfruits.