A landmark report regarding effects eating processed meat was released by researchers from BMC Medicine this week. The period that the research covers and the sample size make this report difficult to ignore. 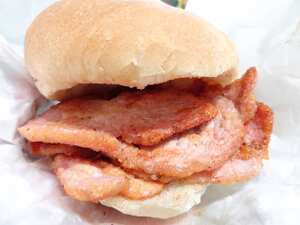 Don't eat this every day or you won't live to regret it!

The study followed almost 500,000 people over a 13 year period from all over Europe. These were healthy subjects with no history of cardiovascular disease, stroke or cancer. Over the period of the study, 1 person in every 17 died. Those eating more than 160 grams of processed meat a day (only 2 sausages and 1 slice of bacon) were 44% more likely to die than those eating 20 grams a day. The causes of death were cancer (10,000) and heart disease (5,500).

It's probably worth clarifying the meat types used in this report.

Processed meat is meat that has undergone some form of process to extend its shelf life, eg: salting, smoking, curing and various chemical processes.

If a meat product has been processed, for example, into a hamburger, it is not classed as processed meat.

The report concluded that men and women with a high consumption (>160 g) of processed meat are at an increased risk of an early death by cardiovascular diseases and cancer. There was no similar risk associated with red meat or white meat.

Processed meats have a much higher content of saturated fat and cholesterol than red meat. The curing process to enhance shelf life, flavour and colour is also likely to introduce carcinogens (polycyclic aromatic hydrocarbons, heterocyclic aromatic amines, nitrosamines) and substances which may enhance cancer development such as nitrites.

Consuming more than four portions a week is a risk, suggests the study of nearly 1,000 French people, published in the journal Thorax.

The researchers believe it could be a preservative called nitrite used in meats such as sausages, salami and ham that aggravates the airways.

If don't want your life shortened, cut down on your intake of processed meat.