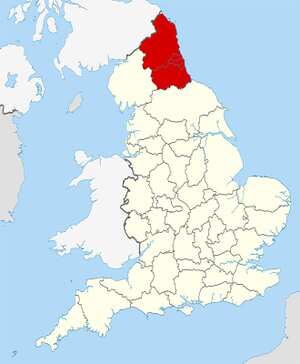 The regions of Durham, Northumberland & Tyne and Wear 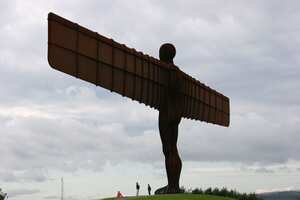 The Angel of the North

This cheese wiki category page combines the regions of Northumberland, Durham & Tyne and Wear and contains information and pictures of cheeses produced in those regions.

Northumberland is the northernmost ceremonial county and a unitary district in North East England. It borders Cumbria to the west, County Durham to the south and Tyne and Wear to the south east and the Scottish Borders council area to the north. Its North Sea coastline is a designated Area of Outstanding Natural Beauty. Being on the border of England and Scotland, Northumberland has been the site of a number of battles. The county is noted for its undeveloped landscape of high moorland, a favourite with landscape painters, and now largely protected as a National Park. Northumberland is the most sparsely populated county in England.

County Durham is a ceremonial county and unitary district in North East England. The county town is Durham. The largest settlement in the ceremonial county is the town of Darlington. The county has a mixture of mining and farming heritage, as well as a heavy railway industry, particularity in the southeast of the county in Darlington, Shildon and Stockton.

The following 22 pages are in this category, out of 22 total.