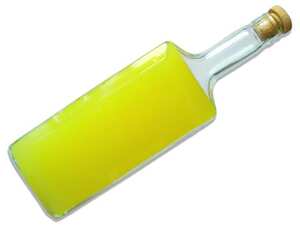 Some liqueurs are prepared by infusing certain woods, fruits, or flowers, in either water or alcohol, and adding sugar or other items. Others are distilled from aromatic or flavouring agents. The distinction between liqueur and spirits (sometimes liquors) is not simple, especially since many spirits are available in a flavoured form today. Flavored spirits, however, are not prepared by infusion. Alcohol content is not a distinctive feature. At 15-30%, most liqueurs have a lower alcohol content than spirits, but some liqueurs have an alcohol content as high as 55%. Dessert wine, on the other hand, may taste like a liqueur, but contains no additional flavouring.

Anise liqueurs have the interesting property of turning from transparent to cloudy when added to water: the oil of anise remains in solution in the presence of a high concentration of alcohol, but crystallizes out when the alcohol concentration is reduced.