5/5 Nice, but I think the pastry is too much - one or the other. The Judge 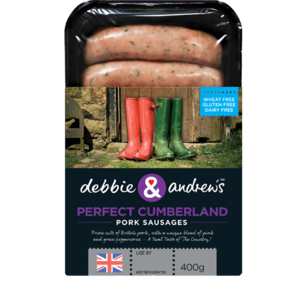 This is like a Scotch egg but with a pastry covering instead of breadcrumbs, and because we are using debbie&andrew's sausages they will be full of flavour, unlike the shop bought Scotch eggs.

This recipe originated from the recipe section of debbieandandrew.co.uk

Details of suppliers of their products can be found on the debbie&andrew supplier page on Cookipedia and also on the stockist page on their website.

Many thanks to debbie&andrew's sausages for kindly giving Cookipedia permission to use the their recipes.