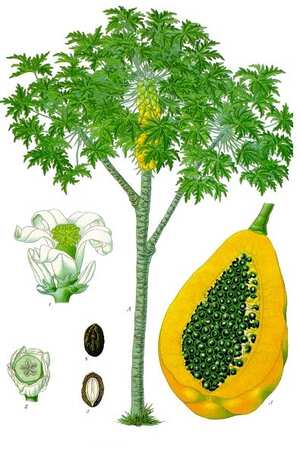 Green papaya fruit and the tree's latex are both rich in an enzyme called papain, a protease which is useful in tenderizing meat and other proteins. Its ability to break down tough meat fibres was utilized for thousands of years by indigenous Americans. It is included as a component in powdered meat tenderizers, and is also marketed in tablet form to remedy digestive problems. Green papaya is used in Thai cuisine, both raw and cooked.