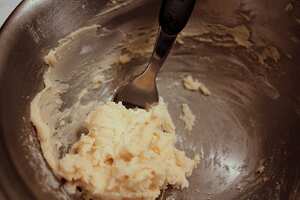 Our Beurre manié recipe is here.

Beurre manière should not be confused with roux, which is also a thickener made of equal parts of butter and flour, but which is cooked before use.