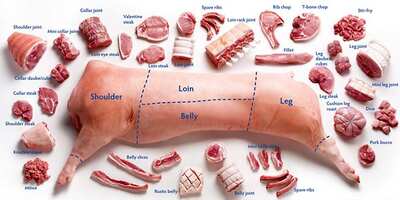 Illustrations of cuts normally available at a British butcher's shop 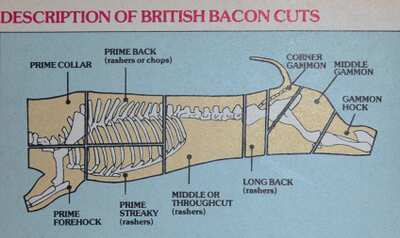 All joints can be roasted and the individual cuts from them grilled or fried. In addition, the forequarter cuts can be used for casseroles, stews and pies.

There can be some confusion over what is bacon, and what is ham and gammon. Gammon is the leg of the bacon pig (think 'jambe' the French word for leg), cured on the side of bacon. When cooked, and served cold, it becomes ham. For special hams, eg York, Bradenham, the leg of the pig is cured and cooked separately, to individual producers' recipes. These hams are sold whole or in slices.