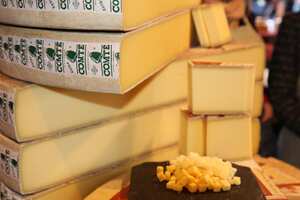 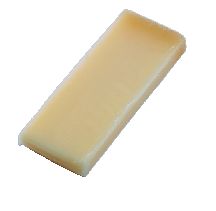 Comté has the highest production figures of all French AOC cheeses, making around 40,000 tonnes annually. Its name is French for 'county', and is named after the Franche-Comté region.

The cheese is made in flat circular discs, each between 40 centimetres (16 in) and 70 centimetres (28 in) in diameter, and around 10 centimetres (4 in) in height. Each weighs up to 50 kilograms (110 lb). The fat content is around 45%. When sold in very small pieces, it is known as Allumette de Comté.

The rind is usually a dusty-brown colour, and the internal pâte is a pale creamy yellow. The texture is relatively hard and flexible, and the taste is mild, slightly sweet, and 'nutty'.

No grated cheese may be sold under the Comté name.

If the Comté cheese is not listed below, select a similar type of cheese from the list below to get a rough idea for the number of calories in Comté cheese.