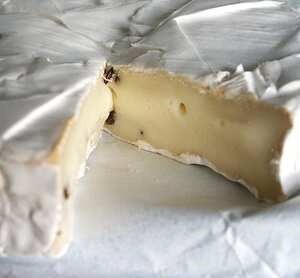 Milk: Cows’, to which a small amount of goats’ milk is added

Shape and weight: Cylinder with a manufacturing weight of 250 g or halved cylinder

Fat content: at least 30% by weight in the dry matter

Under the Cheese Order as amended on 20 December 1993, rural districts of Altenburg, Schmölln, Gera, Zeitz, Geithain, Grimma, Würzen, and Borna and the town of Gera; after reorganization and renaming as a result of administrative reforms in the Länder of Thuringia, Saxony and Saxony-Anhalt, the rural districts of Altenburger Land, Greiz and Muldentalkreis, parts of the districts of Leipziger Land and Burgenlandkreis. The milk derives its character from the nature of the forage area, a spread-out hilly agricultural landscape with clover-rich pasture. Goat-keeping has traditionally been a prominent feature of the region.

Traditional product from the Saxony/Thuringia border area. Originally made as unpasteurised milk cheese on producers' holdings. Addition of the relatively small proportion of goat's milk has its origin in the fact that in the past goats’ milk was consumed directly

Made exclusively from cheese milk produced in the area of manufacture and containing at least 15% goats’ milk; caraway may be added.