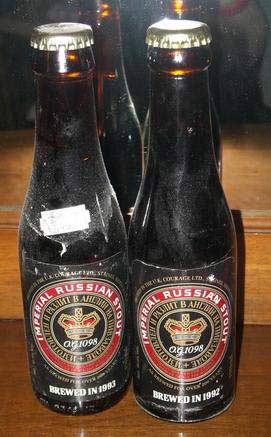 Stout and porter are dark beers, and more specifically ales, made using roasted malt or barley, hops, water, and ale (top fermenting) yeast. Stouts were traditionally the generic term for the strongest or stoutest beers, typically 7% or 8%, produced by a brewery.

There are a number of variations including Baltic porter, dry stout, and Imperial stout. The name Porter was first used in 1721 to describe a dark beer popular with street and river porters of London that had been made with roasted malts. This same beer later also became known as stout, though the word stout had been used as early as 1677. The history and development of stout and porter are intertwined.