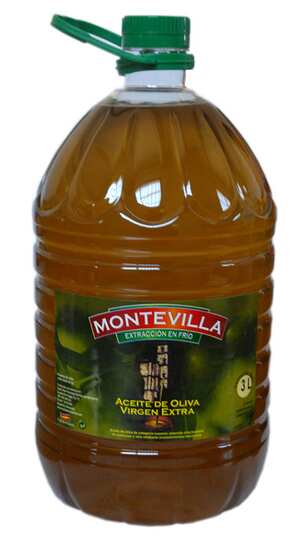 These oils are moderately stable owing to their high concentration in polyphenols. Their fatty acid composition provides excellent nutritional properties. This is due to the many existing varieties and to the geographical environment. The levels of oleic acid are medium to high, those of linolic acid are high and the ratio of unsaturated/saturated fatty acids is high.

As regards their organoleptic qualities, these oils are light in the mouth and offer a wide range of aromas reminiscent of fresh fruits, ripe fruits, grass, figs, etc. The perfect combination of several attributes produces well-balanced and rounded oils, presenting slightly bitter and pungent features in perfect harmony with sweet flavours.

The colour of the oils ranges from a greenish yellow to a golden yellow, depending on the period the olives are harvested, weather conditions, varieties and the geographical situation within the region.

The production area is situated in the western part of the province of Granada (as the designation Poniente de Granada (west of Granada) indicates).

The processing and packaging area is the same as that for production.

The trees are planted in rows and are arranged in squares, density ranges between 60 and 125 trees per hectare and the number of scions per tree is mostly about two to three. In more than 85 % of the olive groves there is no irrigation. The cultivation practices are those traditionally employed in the region and are respectful of the environment. Harvesting takes place when the fruits are sound and have reached maturity; olives are picked directly from the tree using the methods of traditional handpole- beating or mechanised vibration or a combination of the two. Transport to the oil mill is always in bulk in trailers or rigid containers.

Oil-mill capacity must be sufficient for the maximum daily intake of olives. Pressing takes place in the registered oil mills and must be completed no more than 48 hours after picking. The grinding of the olives is undertaken as a continuous process using chain flailers made of inert material authorised for use in the food industry. The temperature at which the churning of the paste is carried out is monitored and may at no time exceed 33 °C. The only adjuvant authorised is approved food talc at a maximum dose of 2,5 %. The separation of the phases will take place basically by centrifugation. The oils obtained as a result of the second centrifugation of the paste (aceites de repaso) may not be certified under the ‘Poniente de Granada’ designation of origin. The temperature of the water added to the centrifuges known by the name ‘decanter’ (horizontal centrifuges) may not exceed 32 °C. The water added to the vertical centrifuges will be such as to prevent the phase inversion phenomenon. The decanting process by centrifugation will take at least six hours and natural decanting 36 hours.

The extra virgin olive oil is stored in cellars, in stainless steel vats or steel vats with linings approved for use in the food industry, as well as in presses. The vats must shut properly and, for reasons of hygiene, be fitted with a lid, have a tilting base or be cone-shaped, and be fitted with a sampling device. The cellars housing the vats must be sufficiently well ventilated to prevent large temperature fluctuations, which denature the oils. The transport in bulk of the protected oils is authorised only within the geographical limits of the production area. The processing and packaging area is the same as that for production. Packaging plants must operate systems ensuring the traceability of the oils packaged under the designation of origin. The oils are packed in containers which ensure food safety and do not undermine the quality and reputation of the protected oils.

The first historical references to the oil in the region date back to the 16th and 17th centuries and relate to Loja, Montefrío and Illora, townships with a long olive oil producing tradition. As attested by historical documents, oil mills began to be regulated from 1586, and in that year the ‘Ordenanzas Municipales de Molinos de aceites de la Ciudad de Loja’ were published and remained in force until the 18th century (Sección Órgano de Gobierno, apdo. Alcalde, libro 2, 1709, municipal library of Loja). In 1752 the Marquis de Ensenada describes how important the olive oil sector is for the township of Montefrío. In its publication ‘Enciclopedia Mundial del Olivo (1996)’, the International Olive Oil Committee describes two varieties in Spain as being native to Montefrío: Manzanilla de Montefrío and Chorreao de Montefrío. In the Diccionario Geográfico-Estadístico-Histórico de España (1845), Pascual Madoz describes how well suited the land around the township of Illora is for the growing of olives and mentions ‘El Soto de Roma’, the estate belonging to the Dukes of Wellington, featuring the famous ‘Molino del Rey’, built in 1800. The Ministry of Agriculture, Fisheries and Food, in its publication ‘Las Raíces del Aceite de Oliva (1984)’ refers to the olive oils from Loja, Montefrío and Illora as being the best in the province of Granada.

The area of production has typically Mediterranean environmental features coupled with a continental type of climate. However, the geographical situation of the region — between western and eastern Andalusia — and its relief comprising a wide valley (the valley of the river Genil) enclosed between two mountain systems, the Subbético to the north and the Penibético to the south, contribute to create a microclimate characterised by extreme continental temperatures, i.e. long, cold winters and long, hot summers, with huge differences between winter and summer, and day and night, temperatures.

The extremes of temperature influence the later stages of the olive's ripening process, increasing the levels of oleic acids and the ratio of unsaturated/saturated fatty acids. Higher concentration levels of polyphenols in the olive are also observed.

The main feature differentiating the Poniente de Granada olive oils is that they are obtained from a combination of six varieties: Picual, Hojiblanca, Picudo, Lucio, Loaime and Nevadillo de Alhama de Granada. The age-old practice of having different varieties of olive trees co-exist on one and the same holding has been handed down by the region's farmers. It is believed to improve the pollination of olive trees and it reduces the effects of the olive tree yielding fruit one year and none the next, a phenomenon which is in turn aggravated by the region's fluctuating weather patterns.