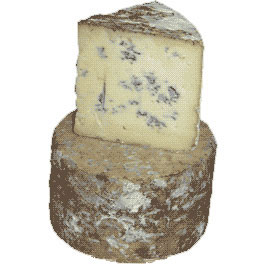 A blue Caerphilly cheese, Perl Las has a delicate, salty flavour when young, but becomes golden in colour and stronger and more lemony in taste as it matures. It has a creamy, lingering aftertaste.

Produced in wheels of 2.5 kg and trickles of 600 g, the cheese has won several awards, including:

If the Perl Las cheese is not listed below, select a similar type of cheese from the list below to get a rough idea for the number of calories in Perl Las cheese.