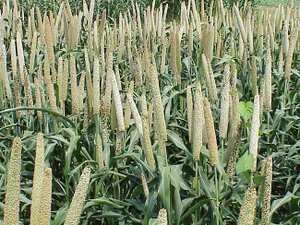 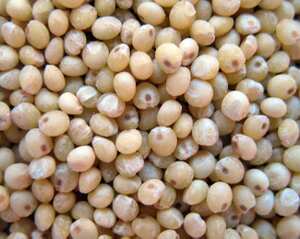 The millets are a group of small-seeded species of cereal crops or grains, widely grown around the world for food and fodder. They do not form a taxonomic group, but rather a functional or agronomic one. Their essential similarities are that they are small-seeded grasses grown in difficult production environments. It was millets, rather than rice, that formed important parts of prehistoric diet in Chinese Neolithic and Korean Mumun societies.

Millets are principally food sources in arid and semi-arid regions of the world. In Western India, millet flour (called "Bajari" in Gujarati and marathi) has been commonly used with "Jowar" (Sorghum called "Jwari" in Marathi) flour for hundreds of years to make the local staple flat bread (called "Rotla").

Millets are traditionally important grains used in brewing millet beer in some cultures, for instance by the Tao people of Orchid Island and, along with sorghum, by various peoples in East Africa.

Millet is the base ingredient for the distilled liquor, rakshi, in Nepal.

Millet porridge is a traditional Russian food, eaten sweet (with milk and sugar added at the end of cooking process) or savoury with meat or vegetable stews.

Millet can often be used in recipes instead of buckwheat, rice, or quinoa.

The basic preparation consists in washing the millet and toasting it while moving until one notes a characteristic scent. Then five measures of boiling water for each two measures of millet are added with some sugar or salt. The mixture is cooked covered using low flame for 30-35 minutes.

How much does one cup of millet weigh?