Whisky (Scottish Gaelic: uisge-beatha), or whiskey (Irish: uisce beatha or fuisce), refers to a broad category of alcoholic beverages that are distilled from fermented grain mash and aged in wooden casks (generally oak).

Scotch whiskies are generally distilled twice, though some are distilled a third time. International laws require anything bearing the label "Scotch" to be distilled in Scotland and matured for a minimum of three years and one day in oak casks, among other, more specific criteria. If Scotch whisky is from more than one cask, and if it includes an age statement on the bottle, it must reflect the age of the youngest whisky in the blend. Many cask-strength single malts omit the age as they use younger elements in minute amounts for flavouring and mellowing. The basic types of Scotch are Malt and Grain, which are combined to create blends. While the market is dominated by blends, the most highly prized of Scotch whiskies are the single malts. Scotch whiskies are divided into five main regions: Highland, Lowland, Islay, Speyside and Campbeltown.

Most Irish whiskeys are distilled three times, although there are exceptions. Though traditionally distilled using the pot still method, in modern times a column still is used to produce the grain whiskey used in blends. By law, Irish whiskey must be produced in Ireland and aged in wooden casks for a period of not less than three years, although in practice it is usually three or four times that period. Unpeated malt is almost always used, the main exception being Connemara Peated Malt whiskey.

The model for Japanese whiskies is the single malt Scotch, although there are examples of Japanese blended whiskies. The base is a mash of malted barley, dried in kilns fired with a little peat (although considerably less than is the case in Scotland), and distilled using the pot still method. For some time it was believed by many that whisky made in the Scotch style, but not produced in Scotland, could not possibly measure up to the standards of the traditional Scotch distilleries. Because of this, until fairly recently, the market for Japanese whiskies was almost entirely domestic.

However, in recent years, a number of blind tastings have been organised by Whisky Magazine, which have included Japanese single malts in the lineup, along with malts from distilleries considered to be among the best in Scotland. On more than one occasion, the results have had Japanese single malts (particularly those of Yoichi and Yamazaki) scoring higher than their Scottish counterparts.

Canadian whiskies are usually lighter and smoother than other whiskey styles. Another common characteristic of many Canadian whiskies is their use of rye that has been malted, which provides a fuller flavour and smoothness. By Canadian law, Canadian whiskies must be produced in Canada, be distilled from a fermented mash of cereal grain, be aged in small wooden barrels for no less than 3 years, and possess the aroma, taste and character generally attributed to Canadian whisky. The terms "Canadian Whisky", "Canadian Rye Whisky" and "Rye Whisky" are legally indistinguishable in Canada and do not denote any particular proportion of rye or other grain used in production. 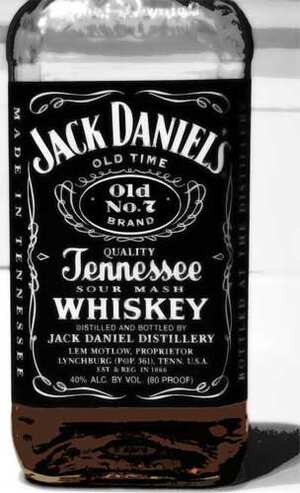 American whiskeys must be distilled from a fermented mash of grain and possess the taste, aroma, and characteristics generally attributed to whisky. The most common of the "named types" listed in the federal regulations are:

The "named types" of American whiskey must be distilled to not more than 80 percent alcohol by volume. "Named types" must then be aged in charred new oak containers, excepting corn whiskey. Corn whiskey does not have to be aged but, if it is aged, it must be in new un-charred oak barrels or used barrels. The ageing for corn whiskey usually is brief, e.g. six months.

If the ageing for a "named type" reaches 2 years or beyond, the whiskey is then additionally designated "straight" e.g. "straight rye whiskey". "Straight whiskey" (without naming a grain) is a whiskey which has been aged in charred new oak containers for 2 years or more and distilled at not more than 80 percent alcohol by volume but is derived from less than 51% of any one grain.

Important in the marketplace is Tennessee whiskey, of which Jack Daniel's is the leading example. During distillation, it is identical to bourbon in almost every important respect. The most recognisable difference is that Tennessee whiskey is filtered through sugar maple charcoal, giving it a unique flavour and aroma. The Government of the United States of America officially recognised Tennessee whiskey as a separate style in 1941.

In 2000, Penderyn Distillery started production of the Penderyn single malt Welsh whisky in Wales. The first bottles went on sale on 1 March 2004, Saint David's Day. It is now sold throughout the world.

Indian whisky is an alcoholic beverage that is labelled as "whisky" in India. Much Indian whisky is distilled from fermented molasses, and as such would be considered a sort of rum outside of the Indian subcontinent. 90% of the "whisky" consumed in India is molasses based, although India has begun to distill whisky from malt and other grains.

In both the Bretagne/France (Armorik) and in Germany (Slyrs), whiskies are distilled using techniques similar to those in Scotland. Manx Spirit from the Isle of Man is, like some Virginia whiskeys in the USA, actually distilled elsewhere and re-distilled in the country of its nominal "origin". In England, a new distillery (St. George's Distillery) became operational in late 2006; the product will come onto the market in due time, based on ageing and marketing considerations.

Recently at least two distilleries in the traditionally brandy-producing Caucasus region announced their plans to enter the Russian domestic market with whiskies. The Stavropol-based Praskoveysky distillery bases its product on Irish technology, while in Kizlyar, Dagestan's "Russian Whisky" announced a Scotch-inspired drink in single malt, blended and wheat varieties.