Beef is first divided into primal cuts. These are basic sections from which steaks and other subdivisions are cut. Since the animal's legs and neck muscles do the most work, they are the toughest; the meat becomes more tender as distance from hoof and horn increases. Different countries have different cuts and names. 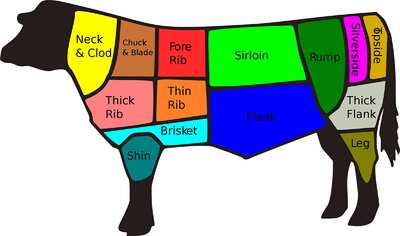 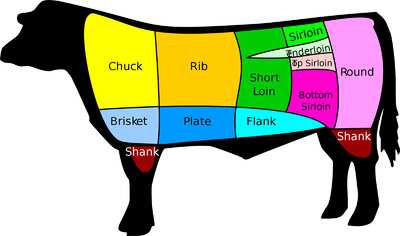 The following is a list of the American primal cuts, ordered front to back, then top to bottom. The short loin and the sirloin are sometimes considered as one section (loin). Upper half