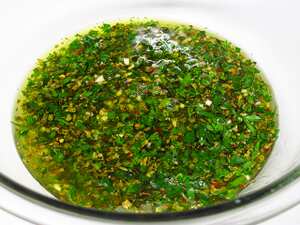 This disambiguation page lists articles associated with the a similar subject.
If an internal link led you here, you may wish to change the link to point directly to the intended article.
Retrieved from "https://www.cookipedia.co.uk/wiki/index.php?title=Chimichurri&oldid=157626"
Categories: