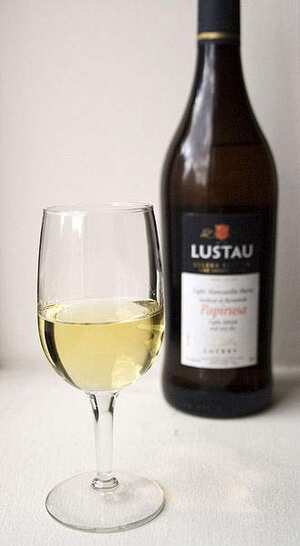 Manzanilla is a variety of fino sherry made around the port of Sanlúcar de Barrameda. In Spanish, chamomile tea is called "manzanilla", and thus this wine gets the name because the wine's flavour is said to be reminiscent of such tea.

The sherry is manufactured using the same methods as a fino and results in a very pale, dry wine. In addition, the sherry is often described as having a salty flavour, believed to develop from the fact that it is manufactured on the sea estuary of the Guadalquivir river. Sanlúcar de Barrameda's cool temperatures and high humidity contribute to a higher yield of flor yeast than in Jerez or El Puerto de Santa María. The thicker cap of flor better protects the wine from contact with the air, resulting in a fresher, more delicate flavour than other varieties of fino.

Spanish specialists can normally supply this.