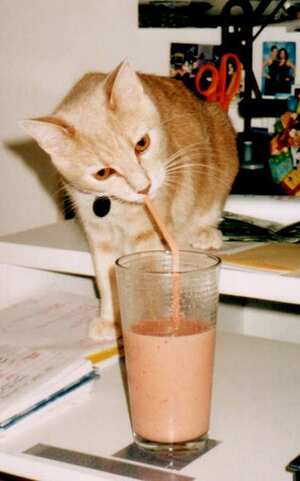 A smoothie is a blended, chilled, sweet beverage made from fresh fruit. In addition to fruit, many smoothies include crushed ice, frozen fruit, or frozen yogurt. They have a milkshake-like consistency which is thicker than slush drinks. Unlike milkshakes, they do not usually contain ice cream, but can contain milk. Smoothies are marketed to health-conscious people, and some restaurants offer add-ins such as soy milk, whey powder, green tea, herbal supplements, or nutritional supplement mixes.