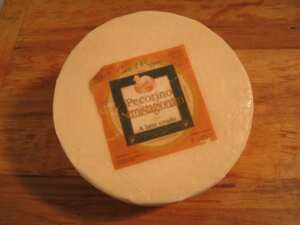 Pecorino delle Pecorino delle balze Volterrane is an unpasteurised ewes' milk cheese from Balze Volterrane in the Tuscan province of Pisa. It can be consumed fresh or matured, but owes its flavour the particular style of maturation. There are, in fact, three different possibilities: firstly a traditional maturation for a period of six months followed by storage under ash for 3 to 8 months, or a maturation of 3 months followed by local traditional conservation in the wheat harvest or straight away under fresh mown grass in May.