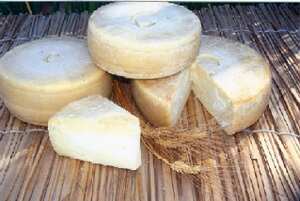 Pecorino Siciliano is an origin-protected firm sheep milk cheese from the Italian island and region of Sicily. It is produced throughout the island, but especially in the provinces of Agrigento, Caltanissetta, Enna, Trapani and Palermo. It is a pecorino-style cheese, like its close relation Pecorino Romano, but not as well known outside Italy as the latter.

The cheese was awarded Italian Denominazione di Origine protection in 1955 and EU Protected designation of origin status in 1996.