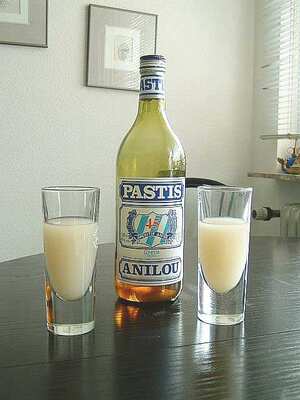 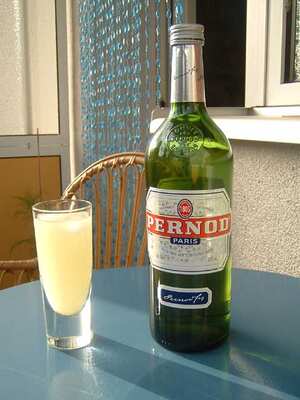 Pernod Ricard is a French company that produces alcoholic beverages. The company's most famous products, Pernod Anise and Ricard Pastis, are both pastis, and often referred to as simply Ricard or Pernod.

Pernod Fils was the most popular brand of absinthe prior to 1915, the year absinthe was banned throughout most of Europe. Like most absinthe, Pernod Fils was produced by macerating the herbs wormwood, fennel, melissa and anise in high-proof grape spirit in a copper alembic where they were then distilled, to produce a transparent liquor. Part of the distillate was then steeped with more green coloured herbs, such as hyssop and petite wormwood, to produce a green coloured liqueur that was then filtered and mixed with the main part. This was mostly to impart additional flavour and aroma to the absinthe, but also had the additional benefit of enhancing its visual appeal. The final product was reduced to 68% alcohol. The predominant flavour in Pernod Fils, like all absinthe, was anise, which has a noticeable liquorice taste.