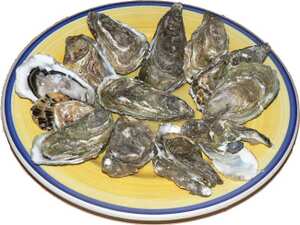 Oysters are at their best and in season during the following months: October, November, December, January, February & March.