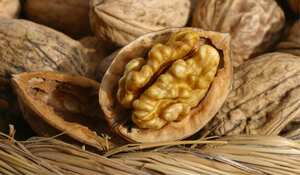 Geographical area: The natural agricultural areas of Grésivaudan, Chambarrands and Bièvre comprising 257 municipalities in the departments of Isère, Drôme and Savoie.

Background: Walnuts have been grown in the Isère valley since the earliest times but began to develop at the end of the last century when they replaced vines andmulberries. Walnuts from Grenoble acquired a very high reputation and m 1927 the producers formed organizations to combat imitations. The designation of origin was recognized by decree in 1938.

Production method: Walnuts from Grenoble come from three varieties of local origin. They are not gathered until 20 September and are sold either fresh or dried depending on the moisture content.

Link: Walnut growers, who employ traditional methods, use the soil most suitable for production. Varieties benefit from the geography and climate of the Isère valley, particularly the wide variations in temperature, which encourage the regular ripening of the nuts, and low rainfall, which stops growth, thereby improving quality.