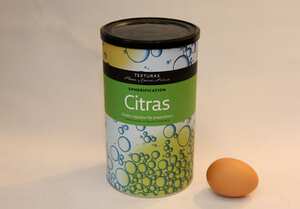 Sodium citrate may refer to any of the sodium salts of citric acid (though most commonly the third):

As food additives, the 3 forms of the salt are also collectively known by the E number E331.

Sodium citrate is sometimes used as an acidity regulator in drinks, and also as an emulsifier for oils when making cheese. It allows the cheeses to melt without becoming greasy. Consider the following quote from Modernist Cuisine ISBN 978-0982761007:

Our modernist version of mac and cheese owes its chemistry to James L. Kraft, who in 1916 patented the first American cheese slice. He showed that sodium phosphate keeps the water and fat droplets mixed when the cheese is melted. We use sodium citrate, which has the same effect and is easier to find. The resulting texture is as smooth as melted American cheese, but as complex and intense in flavour as any of your favourite cheeses.