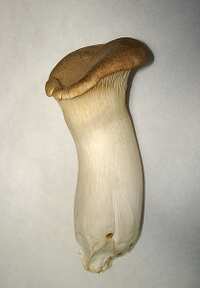 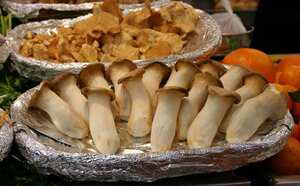 It is the largest species in the oyster mushroom genus, Pleurotus, which also contains the oyster mushroom Pleurotus ostreatus. It has a thick, meaty white stem and a small tan cap (in young specimens). It has little flavour or aroma when raw. When cooked, it develops typical mushroom umami flavours with a texture similar to that of abalone.

The mushroom has a good shelf life. An effective cultivation method was introduced to Japan around 1993 and has become popular there used in variety of dishes.