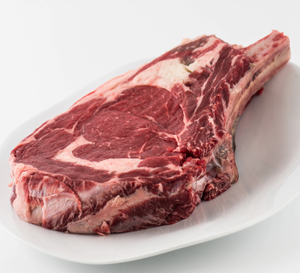 Geographical area: Chalosse: hills of southern Aquitaine between the Gave de Pau and the Adour restricted to the department of Landes and adjoining cantons

Evidence: The animal is identified when being raised by a tag and an identity document which accompanies it to the slaughter-house where the carcase is marked in ink with the logo 'Boeuf de Chalosse.' A certificate of origin accompanies each carcase or quarter sold to a butcher, who sells only Chalosse beef. Stock records are also inspected.

Production method: Raising on grass or with predominantly farm produced fodder. Fattened with maize for 6 to 12 months

Link: The reputation of the product, which goes back to the beginning of the 19th century when working cows were later fattened. The current reputation is based on the superior quality of the product.