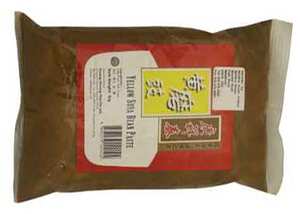 If you are having difficulty in obtaining yellow bean sauce, try an oriental wholesaler such as Wing Yip or Seewoo