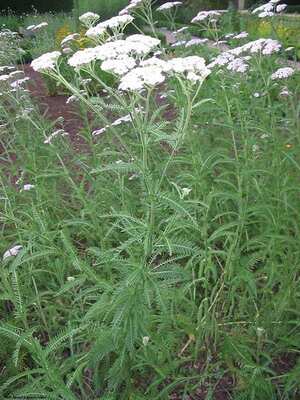 In the Middle Ages, Yarrow was part of a herbal mixture known as gruit used in the flavouring of beer prior to the use of hops.

The English name Yarrow comes from the Saxon and Dutch words 'Gearwe' and 'Yerw' respectively.

Yarrow has also been used as a food, and was very popular as a vegetable in the 17th century. The younger leaves are said to be a pleasant leaf vegetable when cooked as spinach, or in a soup. Yarrow is sweet with a slight bitter taste.