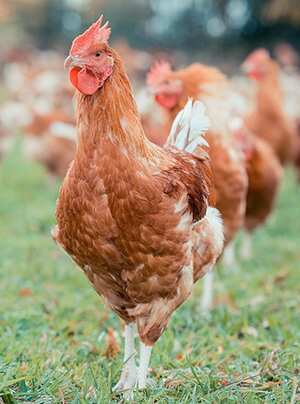 IGP Volailles du Maine is produced in a large area in the northwestern part of France, centred around the city of Le Mans, a smaller one located east of Orléans and a much smaller one just south of the capital city of Paris.

IGP Volailles du Maine covers meat from chicken and turkey. The birds have to be raised in the open air at a density of 11 chickens or 6 turkeys per square metre. The diet of the chickens has to consist of at least 75% cereals. The turkeys should be born before the end of June and fed on cereals and grass until Christmas.

The final product is available in the following forms: whole, gutted, cut in parts, fresh, frozen, raw and processed meat.