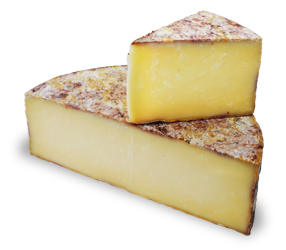 Shipcord is an unpasteurised cows’ milk cheese produced by Robin and Susan Richards of Rodwell Farm near Needham Market. Its name is taken from one of the farm’s river meadows.

The cheese which is similar to a good Cheddar, is hard with a slightly crumbly texture. It has the lasting flavour of some Alpine cheeses. It is matured for 6 months, but there is an extra mature version which takes 12 months to mature. It is also available oak-smoked. Each whole cheese weighs between 3.5 and 5.0 kg.

At the British Cheese Awards in 2007 and 2008, Shipcord was awarded a bronze medal.

If the Shipcord cheese is not listed below, select a similar type of cheese from the list below to get a rough idea for the number of calories in Shipcord cheese.