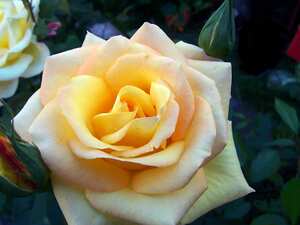 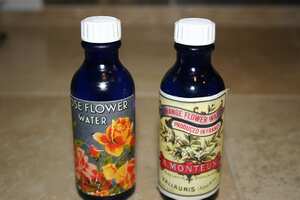 Rose water in culinary terms is a by product of the production of rose oil for use in perfume and is used to flavour food.

Rose water has a very distinctive flavour and is used heavily in Asian and Middle Eastern cuisine—especially in sweets. For example, rose water gives loukoumia (turkish delight) and gulab jamuns their distinctive flavours. In Iran it is also added to tea, ice cream, cookies and other sweets in small quantities, and in the Arab world and India it is used to flavour milk and dairy-based dishes such as rice pudding. It is also a key ingredient in sweet lassi, a drink made from yogurt, sugar and various fruit juices, and is also used to make jallab. In Malaysia and Singapore, rose water is mixed with milk, sugar and pink food colouring to make a sweet drink called bandung. In Western Europe, rose water is sometimes used to flavour both marzipan and a shell-shaped French cake, sometimes called a cookie, known as a madeleine.