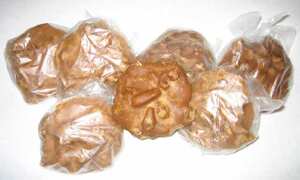 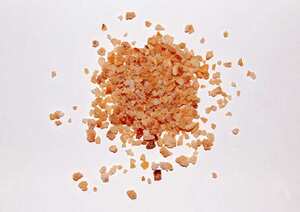 Praline is a family of confections made from nuts and sugar syrup.

As originally invented in France at the Château of Vaux-le Vicomte by the cook of the 17th century sugar industrialist, Praslin, pralines were whole almonds individually coated in caramelized sugar, as opposed to dark nougat, where a sheet of caramelized sugar covers many nuts. The powder made by grinding up such sugar-coated nuts is called pralin, and is an ingredient in many cakes, pastries, and ice creams. When this powder is mixed with chocolate it becomes praliné in French, which gave birth to what is known in French as praline belge, (Belgian chocolates).

In most other countries the word praline is used to mean this powder, or even a paste, often used to fill chocolates, hence its use by synecdoche in Germany, the Netherlands, and Belgium to refer to filled chocolates in general. In the United Kingdom, the term can refer either to praline (the filling for chocolates) or, less commonly, to the original whole-nut pralines.

In Europe, the nuts are usually almonds or sometimes hazelnuts. In Louisiana and Texas, pecans are almost always used, and cream is often incorporated into the mixture.