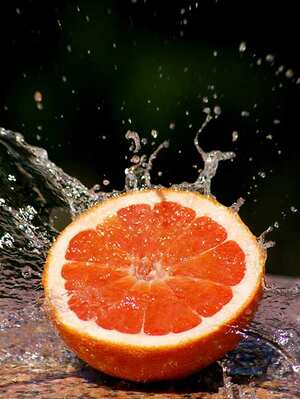 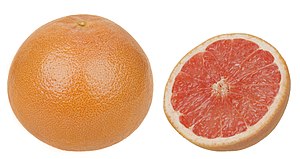 The grapefruit is a subtropical citrus tree grown for its fruit which was originally named the "forbidden fruit " of Barbados.

The fruit has only become popular from the late 19th century; before that it was only grown as an ornamental plant. The US quickly became a major producer of the fruit, with orchards in Florida, Texas, Arizona, and California. In Spanish, the fruit is known as toronja or pomelo.

The flesh is segmented and acidic, varying in color depending on the cultivars, which include white, pink and red pulps of varying sweetness (generally, the redder varieties are sweeter).

Grapefruit is a hybrid of the pomelo and the orange.

Grapefruits are often served as a breakfast dish, usually with added sugar to counteract the high acidity.

Removing the wax coating from a grapefruit

Here are a couple of methods that you can use to remove wax from a grapefruit:

How much does one cup of grapefruit flesh weigh?