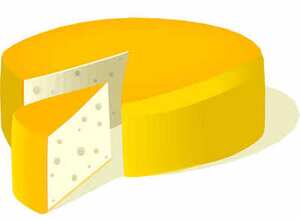 Pecorino fresco di Malga is a ewes' milk cheese from the municipalities of the Altopiano di Asiago (Asiago Plateau), particularly Roana and Lusitana, in the province of Vicenza in the Veneto region of Italy. The cheese has a cylindrical form with a height of around 8cm and diameter of 22cm. Weight varies from 2 to 2.5 kg. The cheese has a thin rind, is pale yellow and compact, with a mild flavour.

In the malghe (mountain huts) of Vicenza, this product acquires its distinctiveness due to the animal’s diet which is rich in the varied plant life growing in the region, as N. Tortorelli indicates in his book on sheep-farming entitled "Allevamento della pecora".

The milk, which is obtained by hand milking, is filtered through linen cloths, poured into a copper vat and heated to a temperature of 38.5°C. The rennet is added and mixed into the milk with a wooden implement for 1-2 minutes and left to stand until the milk coagulates. The curds are broken into lentil-sized granules and reheated to 41°C. With a curd knife they are cut into pieces which are then poured into plastic moulds to drain off the whey. The curds are then traditionally pressed by hand and at the same time subjected to a process known as "frugatura" (piercing the curd, in this case with the tip of a knife, to facilitate draining of the whey). After 12 hours, the cheese is removed from the plastic moulds and salted in brine; the brine solution should have an acidity of 18% and the cheese should remain immersed for at least 24 hours.

Pecorino fresco di malga is produced in the mountain huts of Vicenza during the whole mountain grazing period and can be found in the summer in the places where it is made.